To do or not to do? Tooth Whitening -Step by Step! - Dentaliving | Dentist in Clayhall Avenue, Ilford
Menu

To do or not to do? Tooth Whitening -Step by Step!

Ashley Sadanandan
10:47 29 Jul 22
After having braces for 8 years due to bite correction and jaw surgery, all you look forward to is the final smile. Dr Shandy gave me a deep clean and a polish to really bring my confidence back and tie all the work in together. Can't wait for my next check up!

Anya Wi
18:17 22 Jul 22
I had teeth whitening and bonding with Dr Shandy Vijayan, the process went smoothly, she is highly professional, and very educational. I'm extremely pleased with my results and I will continue getting my future treatments done with her. Thank you

Mad mummy
14:39 15 Jul 22
The best service ever from Shanti. Little man enjoyed the dentist! Thank you:)

Maristella Mallocci
12:41 02 Jul 22
I went to Dentaliving as I wasn’t extremely happy with my smile. Dr Sonal Chauhan has been simply the best! She followed me step by step during the invisalign process and now I’m super confident with my smile. Definitely highly recommended!

Wayling Way
11:49 10 Jun 22
Nothing has changed regarding my experience at Dental Living.Their service is professional, the staff are friendly and helpful and the environment always feels peaceful. I've never felt disappointed which is why I've been with them (can't recall the exact time frame) around 20 years.

Nicholas Alcindor
23:42 15 May 22
Yes, I had a pleasant experience during the appointment; well done...

Fabio F
16:14 29 Apr 22
Went to dentaliving for an extraction. Was really pleased with the treatment I received. Everyone was friendly, but professional. Would recommend them.

Anya Wi
20:20 21 Apr 22
I had teeth whitening and bonding with Dr Shandy Vijayan, the whole process went so smoothly she is highly professional and very educational. I love my results! Thank you

Rosie Wilson
08:42 21 Apr 22
Very professional and the lady dentist that specialises in route canals was excellent, very knowledgeable, reassuring and did an all round fantastic job

Anoo Sond
09:37 08 Apr 22
Carol at the front desk was super helpful when i called and asked for advice. She straight away booked me in to see a dentist the same morning and the whole experience was seamless and stress free. My dentist was reassuring and I couldn't have asked for a better experience. Thank you to everyone at Dental Living.

Gary Brewer
16:41 05 Apr 22
I see Abid. He is so good, considerate, talks to me like I'm an adult lolVery professional, reasonable and trustworthy. Highly recommended.

Paris Campbell
15:36 27 Jan 22
Best experience I've ever had with a dentist, the gentleman that helped me was supposed to do a root canal to save a tooth that has been bothering me for the last decade due to poor dentistry and he took the time to explain how the first root canal should be done and showed my X-ray compared to a root canal done properly so I was able to come to the informed decision to remove my tooth and he did it pain free, I've had no swelling or pain so I would go back to him if he wasn't specialising now. Experienced, friendly and informative.

Sharky Singh
14:46 11 Jan 22
Went to see the hygienist, very professional job from start to finish. Will be attending again in the next 6 months or so. Keep up the good work

Stephen Hershman
14:43 05 Jan 22
Friendly and efficientExplained and suggested different methods for looking after my oral health

Dolly Daydream
12:17 21 Dec 21
Fabulous service with Sonal, so pleased with my treatment and the results are perfect. I will definitely be going back. Thanks again Xx

Charlotte Higgins
18:23 20 Dec 21
Couldn't recommend these guys more. They were very professional and I am very happy with my results. I've always been pretty nervous going to the dentist but they make you feel very much ate ease. 5 stars from me!

Nadia
21:29 17 Dec 21
I was very happy with my treatment I had with Sonal I would definitely recommend

mark anderson
20:04 22 Nov 21
Fixed other dental clinics created problem. I was told to take tooth out but those guys repaired it professionally. difficult canal replacement/repair work. No more pain!Professionals. also, not bossy reception staff. With is unusual nowadays.Thank you.

Peter Jones
03:32 29 Oct 21
Recently attended this practice for a dental implant having seen the reviews. Dr Fazel explained the procedure really well. The pricing was transparent. The whole experience was amazing. Painless, caring and great outcome.I would highly recommend this practice for anyone considering implants and especially Dr Fazel.I know they offer a variety of other care and I will be registering myself and my children to be seen by their team

Josie Podina
18:37 28 Oct 21
Thank you for your Brilliant job today 28th October 2021I had my appointment today for treatmentWent very very well, all the staff are friendly and helpful and the Doctor who did my tooth she was amazing!!! She explain to me everything and what she is going to do,She did brilliant job that I only feel a little pain after. Thank you very much!

Rita Begum
14:49 21 Oct 21
After almost 2 years of suffering with tooth issues, I was referred to Dentaliving. They were extremely friendly and the doctor was so patient and helpful. I am super grateful to be forward to these guys. Really good dentist practise.

Laura Radoi
11:00 07 Jul 21
Lovely practice. I've never in my life felt so comfortable and relaxed in a dentist cabinet.Thank you so much Dr Harria. You work so professional 👏Many thanks and respect.

RDS Physio
21:31 04 May 21
Needed an emergency appointment and managed to get one within the day with Robina Jan. Lovely ladies at reception and Robina was so professional and re-assuring. She gave me enough options and knowledge for me to make an informed decision about my treatment and an after care follow up call was the cherry on top. Thank you so much for your amazing service!
See All Reviews Write a review

To do or not to do? Tooth Whitening -Step by Step!

NEIL SILVER is hoping tooth whitening will help him avoid a mid-life crisis and here he shares his experience of the treatment at Dental Living.

Having spent the majority of my career as a sports journalist, I regard myself as a trained observer, but these days you don’t have to be eagle-eyed to notice that every time you turn on the television, or look in a glossy magazine, you are dazzled by celebrities with gleaming white teeth fit for a toothpaste advert.

I was brought up to believe it is important to look nice and therefore I take pride in my appearance, so I think those dazzling smile are rather nice – in fact, I am a little envious.

As we get older, we sometimes have to work a little bit harder to achieve that, and I must admit that when I turned 50 back in November it was a milestone I did not exactly relish. I wasn’t having a mid-life crisis, but one of the things I decided I wanted to do in a bid to cheer myself up was to have my teeth whitened – surely it would be safer and far cheaper than having an affair!

Again, thanks to my journalistic training, I like to know every last detail when I am subjecting my body to a new medical procedure, but that was no problem as I am fortunate that my dentist Wasim Fazel is not only very approachable, but he gives it to you straight.

Let’s get one thing out of the way before we start. The best white teeth have not been achieved by simple tooth whitening.

Celebrities such as Simon Cowell and Julia Roberts have had their teeth treated with veneers – a thin layer of porcelain made to fit over the front surface of a tooth, a bit like having false fingernails.

Of course, Wasim and the guys at Dental Living could offer me such a transformation. The only problem is, I don’t have the £12,000 it costs to have the treatment done – small change to the likes of Mr Cowell or Ms Roberts.

So I opted for the more common – and economical – version of tooth whitening, which is carried out using special industry- safe chemicals and costs just £385.

It is also important to point out that if you are considering tooth whitening, you must have it done by a professional. You can probably get it done cheaper at your local beauty parlour, but would you want to risk having your gums burnt, which is one of the common dangers if the procedure is carried out by someone who does not know their molars from their manicures.

I am a bit of a sceptical person – you won’t get me believing in UFOs unless the aliens whisk me away for afternoon tea and a chat – so I appreciated Wasim telling me there were no guarantees and that everyone’s teeth respond differently. I decided to go ahead nonetheless as I believe in positive thinking.

This is a work in progress, and I want to share my experience with you, as I do not yet know how it will turn out – I am living in hope.

The first step was painless (as is the whole process, actually). Two weeks ago, Wasim simply took an impression of my upper and lower teeth so that plastic moulds could be created.

I returned to the surgery yesterday and was given my two moulds and a box containing ten syringes full of the tooth whitening product.

The moulds must be worn for a minimum of four hours so each night, before going to bed, I must inject a little bit of solution into each tooth slot on the mould and then wear the moulds overnight (there is no harm in wearing them for longer than four hours).

I was worried that the moulds would feel uncomfortable and prevent me from getting a good night’s sleep, or that the solution would taste awful. But I was pleasantly surprised this morning to find that I woke up feeling fine and there were no ill effects at all.

This is only day one, and I am not due to see Wasim for a fortnight, but I am excited by the thought that in just a couple of weeks my teeth could become a few shades whiter. As you will see, photographs are being taken at regular intervals so that we can monitor my progress.

Stay with me on this journey to see if tooth whitening works for me, as I also tell it like it is, and I will update you in one week. They say a smile costs nothing, and hopefully this treatment will be putting a brighter, whiter smile on my face. 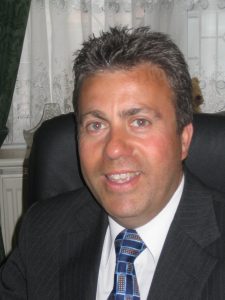 We love our patients

"Hello, I'm Colin from East London. I've been a patient at Dentaliving for about 18-19 years now and it's a fabulous service. The people are…"

"I'm Mrs. Wade from Chidworth. As a patient of Dentaliving I have great confidence in the practice as the quality of dental care I have…"

"Hello, my name is Tara Radcliff and I live in Essex. I'm a patient of Den Plan with a practice on Clayhill Avenue. I've been…"

"Hi, my name is Marilyn and I live in Essex. I go to a dentist called Dentaliving; I think they're the best dentist in the…"

"Hello, this is Simone from Essex. I would like to speak about my dentist – he's absolutely fantastic. I've been going to him for a…"

"My name is Graham Bindt, I live in Essex and attend the Dentaliving Surgery on Clayhall Avenue. I recently had work done by this dentist…"

"My name is Diane Kursden and I live in South Woodford. I've been attending the dental surgery for approximately 30 years I think and I've…" 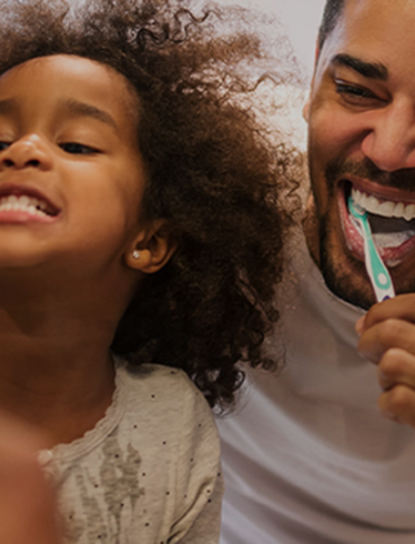 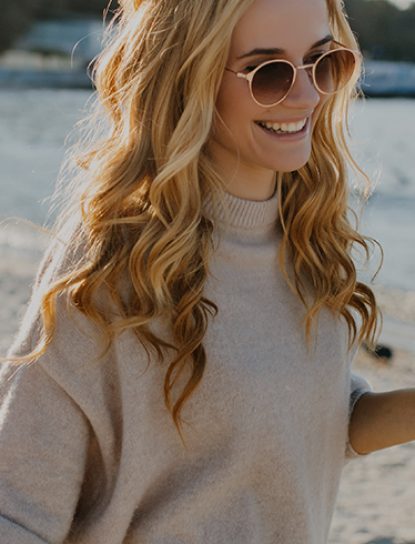 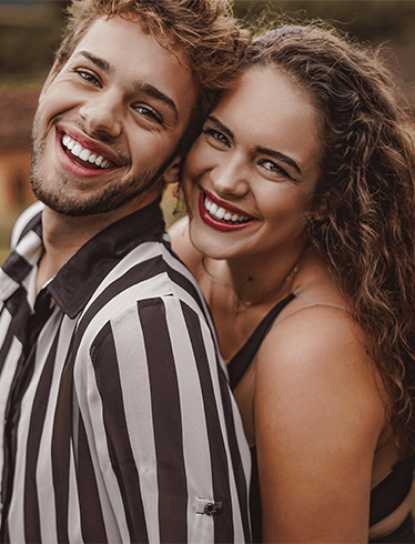 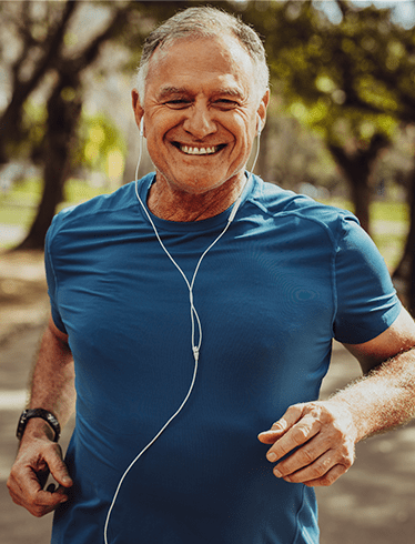 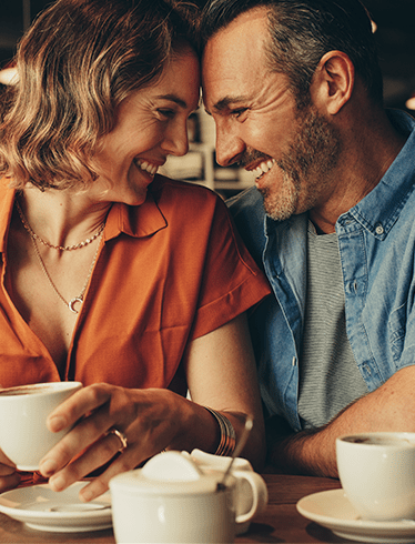 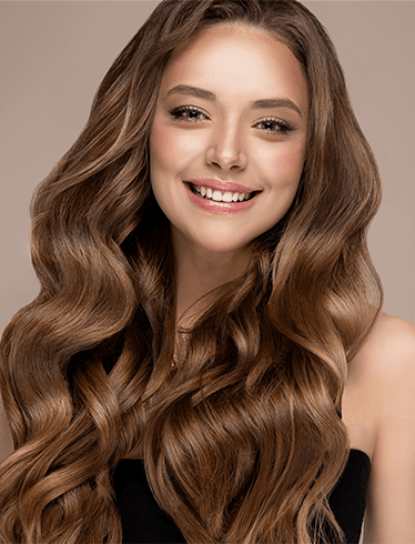 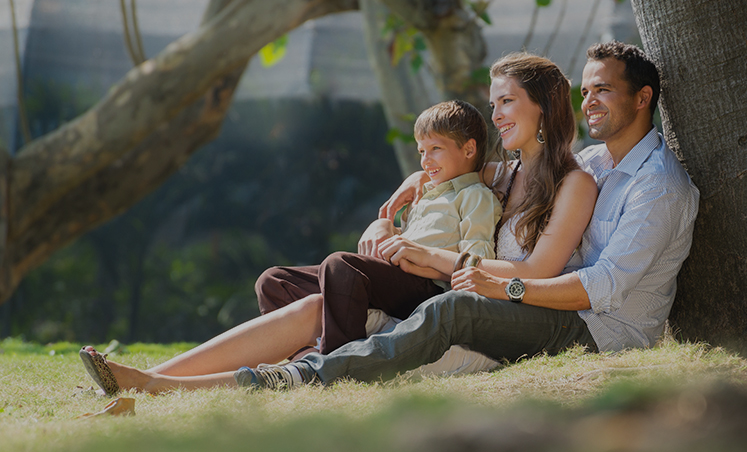 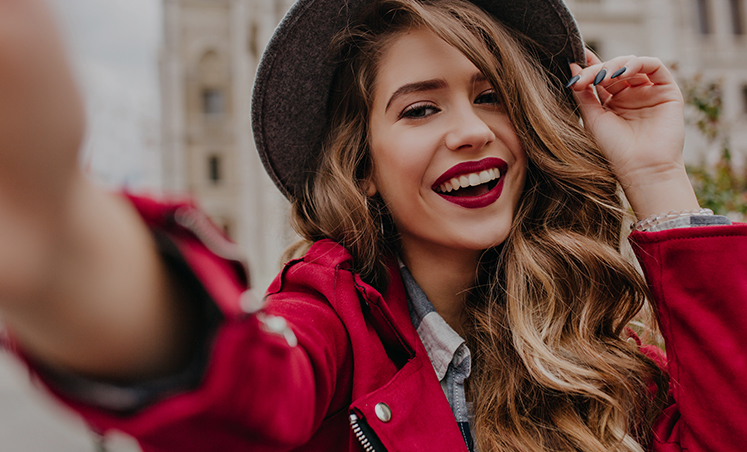 We offer a wide range of services